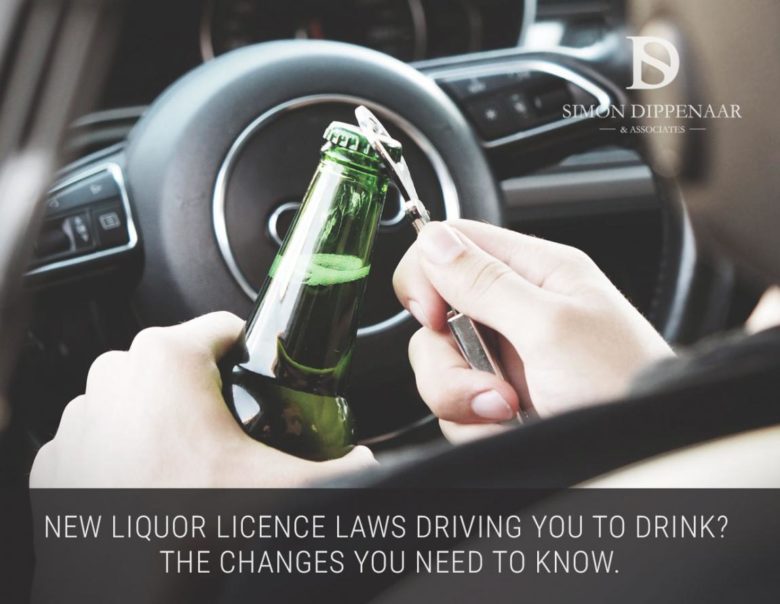 Changes in the way alcohol is distributed, marketed and sold in South Africa have been on the cards for some time now, with lengthy public discussions and ongoing debates. The Liquor Products Amendment Bill was finally passed on 13 June 2018 and is currently before Parliament for discussion and voting. The Western Cape and Gauteng are likely to be hardest hit when these new laws come into effect.

So brush up on facts about the anticipated new drinking laws and regulations and how they could affect you, whether you’re the one doing the partying, hosting an event or running a restaurant.

The times they are a-changin’

Previously, products labelled as “beer” could be manufactured and sold with little regulation. The new Bill extends its scope to include beer, contemporary beer, traditional African beer and other fermented beverages to ensure that better control mechanisms are put in place.

The minimum alcohol content in drinks not officially classified as liquor will be halved, dropping from 1.0% to 0.5%. to address the “proliferation and uncontrolled sale of sugar-fermented beverages and other concoctions.”

The proposed changes also include limiting the advertising of alcohol and banning liquor outlets less than 500 metres from school, places of worship, residential areas, recreational facilities, public institutions and so on. You can read more about this in an earlier blog here.

No change to the drinking age … yet

Laws regarding the drinking age fall under the National Liquor Act (Act 59 of 2003). Heated debates have raged about whether to amend this Act and increase the drinking age from 18 -21, in an effort to curb alcohol abuse among the country’s youth.

South Africa has the highest per capita alcohol consumption rate in the world, and around 15% of boys and 8% of girls say they had their first drink before the age of 13.

Alcohol is the most commonly abused drug countrywide, but critics argue that changing the drinking age won’t make much of a difference, that it will be impossible to enforce, and that poverty and a lack of education are the real culprits behind South Africa’s excessive alcohol consumption.

Changes to the drinking age have not yet been approved.

The spirit of the law

Let’s say you have a restaurant that sells burgers and you decide to throw in a free beer. The question then arises: would the price of the burger be the same if the beer was not included? If the answer is ‘yes’, then no sale of liquor is taking place but, if the answer is ‘no’ then technically liquor is being sold. (Rightly or wrongly, some establishments may do this to cover costs while they are waiting for their liquor licence to be granted.)

What about companies that sell gift baskets with say two glasses and a bottle of wine together with an assortment of snacks? In this scenario you may get around not having a liquor licence by offsetting the cost of wine against the snacks and including the wine as a freebie – as long as the price of the gift basket would be the same if there were no alcohol.

The issue is one of interpretation. But the bottom line is the same – if there is any doubt, rather apply for a liquor licence and make sure you are compliant.

Learn more about different kinds of liquor licences, and how to apply for one or renew yours here.

In terms of the National Liquor Act Amendment Bill, companies that manufacture or supply alcohol to illegal or unlicensed outlets will be held liable for damages to property, injuries caused, or crimes committed by customers who are under the influence. This shifts the onus of responsibility to the manufacturer and the supplier – together with the owner of the illegal outlet. Likewise, victims of alcohol-induced crimes or accidents will be able to sue suppliers of illegal outlets. And legal liquor outlets may also find themselves liable for serving customers who are over the limit and who subsequently commit a crime or cause a motor vehicle accident. (If you refer here to for example a liquor store that has a normal off-consumption liquor license, this Amendment Bill will not be applicable to them.  Should they however have a national registration (which most of them must have anyway) then the Amendment Bill will be applicable to that registration)

Western Cape gets tough on regulation of alcohol

It is not clear how the National Liquor Authority (NLA) will implement or enforce the amendments as they cannot interfere with provincial legislation. The Western Cape Liquor Authority (WCLA) has, however, indicated that it may include the proposed amendments in a policy once they come into effect. Only time will tell.

Tackling harm caused by alcohol use has been identified as a “game changer” for the Western Cape.  The Western Cape Alcohol Related Harms Reduction Policy White Bill aims to guide the government’s approach to the regulation of alcohol in the province.  If it comes into effect, the Bill will affect the types of liquor licences available. It will also shift the administrative burden of applying for a liquor licence from the Western Cape Liquor Authority, the police and the municipality, to the applicant.

This means if you’re applying for a liquor licence it’s up to you to advertise the application, get police clearance certificates and advise your neighbours and the municipality. You’ll also have to attend training and pass a test on the Western Cape Liquor Act and on the rights and obligations of licence holders and managers.

The liquor law amendments will have far-reaching consequences for consumers and liquor licence holders alike. In this post we’ve only just scratched the surface.

If you’re uncertain about any aspect of liquor licences, get legal advice and make sure you’re compliant rather than run the risk of a hefty fine or damaging your business reputation. As they say, better safe than sorry.

If you are unsure about the type of licence you need, or if you’re concerned about the impact of the new Bill on your business, contact Simon on +27 (0) 86 099 5146or email sdippenaar@sdlaw.co.za.Back to top