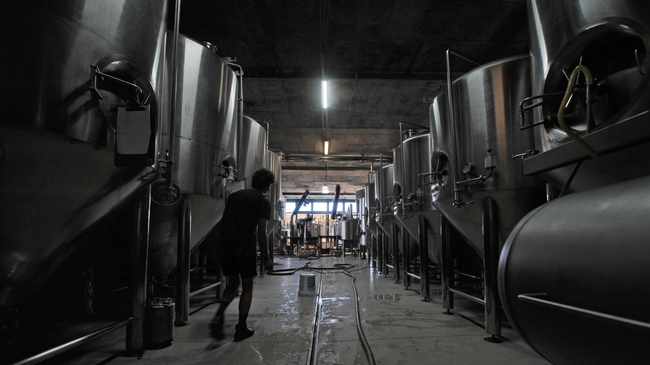 Cape Town – The Beer Association of South Africa (Basa) has called on Finance Minister Tito Mboweni to offer the industry some tax relief ahead of his budget speech scheduled for Wednesday.

“We believe this is the least that government can do to help our members, especially small craft brewers, whose businesses have been devastated by 19 weeks of restricted trading,” Basa said in a statement on Sunday.

To help rebuild the local beer industry, Basa urged Mboweni to make a commitment not to increase excise taxes for the forthcoming financial year.

“At the very least, we call on him to commit to a below-inflation increase in excise taxes on beer. We need to save jobs and livelihoods, but we cannot do so without any targeted relief from government,” Basa said.

“We think that government’s unexpected R100 billion revenue windfall is an opportunity to offer some tax relief to businesses that were shut down by government for long periods.”

The three blanket bans on alcohol – due to Covid-19 regulations – had resulted in beer sales declining by 195 million litres since March last year.

“We have seen small businesses and craft breweries take the greatest of hits, with a survey conducted by our member, the Craft Brewer’s Association, indicating that 87.5 percent of craft breweries were at risk of shutting down following the third blanket ban on alcohol sales. The majority of these businesses have no certainty of survival beyond the end of February,” Basa said.

The overall potential sales revenue lost from the alcohol industry amounted to R36.3 billion with a total annualised loss to GDP at R51.9 billion, which was equivalent to one percent of GDP. More worrying still, were the 200 200 jobs which remained at risk within the alcohol industry, “which is staggering for survival under present conditions”.

“Basa would like to reiterate that there is a desperate need for other payment deferrals and financial relief in terms of automatic liquor licence renewals if we are to have any hope of saving the businesses that remain standing.”

Since the beginning of the pandemic, the beer industry had contributed to mitigating the economic effects of the lockdown on the poor and homeless. Over four million meals had been served to hungry South Africans, using craft brewers’ funds, premises, staff, and distribution networks.

One Cape Town brewery, the Woodstock Brewery, had served 2.9 million meals to hungry Capetonians after a massive fundraising campaign among craft beer enthusiasts.

“This business is one that is now sadly faced with closure as a result of lost revenues. It is a truly tragic reality to witness those who have fed others go hungry themselves.

“While Basa remains committed to working openly and transparently with government, we cannot continue to keep businesses alive as an industry association alone.“

National government needed to come to the table – and fast – if it did not want to increase South Africa’s already exceptionally high unemployment rate of 30.8 percent, Basa said.