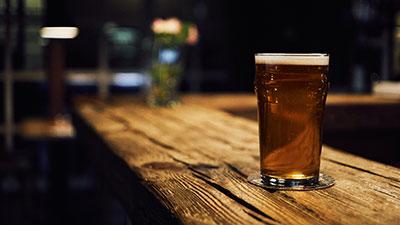 On 12 July President Cyril Ramaphosa announced the reinstatement of the ban on the sale, dispensing and distribution of liquor with immediate effect.

This was further codified by Regulation 44(1) of the Disaster Management Act 57 of 2002 which provides that the sale, dispensing and distribution of liquor is prohibited.

In addition to catching many South Africans by surprise, the announcement has had a major effect on retailers as liquor contributes a significant amount to sales, says law firm Cliffe Dekker Hofmeyr.

In an analysis of the announcement and the accompanying regulation, the firm noted that there are possible routes for this ban on the sale of alcohol to be challenged in court.

“The state must prove that the alcohol ban is a reasonable and justifiable limitation of these rights.”

While it has been noted that the number of alcohol-related hospital admissions had increased at an exponential rate once the alcohol ban was lifted, there are less restrictive means to achieving the purpose of ensuring that hospitals have enough resources to assist Covid-19 patients, the firm said.

“This includes allowing for the sale of liquor only on certain days of the week or limiting the amount of alcohol a customer is able to purchase.

Knock-on impact of the ban

Cliffe Dekker Hofmeyr also drew specific attention to retailers which provide a ‘three-in-one service’. These are your stores which have a general merchandise, food and liquor department.

“Alcohol sales contribute on average about 20% towards a stores’ turnover. This 20% sets the store behind in meeting their budgets set for the year,” said Cliffe Dekker Hofmeyr.

“It also results in extra pressure being put on employees in the other departments to make sales during a pandemic as well as in our already struggling economy.

“Retailers which provide a three-in-one service have had to place staff that would usually work in the liquor store, into a different area in the business to ensure that they are still able to work and earn a salary.

“This requires a great amount of planning and results in a store having staff working in a department in which they do not have the expertise in.”

This stock will ultimately either end up not being able to be sold anymore which means further losses for the retailer or the stock is discounted for half price by the supplier or becomes a company expense which ultimately results in loss of profits for the retailer, it said.

“Most retailers have a 90-day payment plan with their creditors. The alcohol ban inevitably results in the retailer having to renegotiate their payment plans with parties such as South African Breweries and Distell.

“This requires extensive planning and negotiating. This is just one of the instances that demonstrate how all parties in the liquor value chain are affected by the alcohol ban.”

Other additional costs incurred by the ban include:

“The previous unbanning of the sale of liquor helped retailers get back to their original budget plan in terms of profits but the reinstatement of the liquor ban has once again placed these stores in a position where they are not able to successfully meet these budgets.

“There is a lot of uncertainty and retailers have had to plan, adjust and be proactive during this time,” Cliffe Dekker Hofmeyr said.

The firm noted that while larger retailers are able to place staff who usually work in the liquor store in a different department, smaller retailers and taverners are not able to do this and are experiencing the full effect of the alcohol ban.

These smaller retailers and taverners remain closed, are not able to generate an income and this results in further job losses for their employees.

“This would not be the case if the alcohol ban was lifted seeing as the smaller retailers and taverners contribute a significant amount of sales to the alcohol industry.

Speaking to 702 on Wednesday (22 July), SARS commissioner Edward Kieswetter said that the decision to ban alcohol and cigarettes has had a material impact on tax collection.

While he said he couldn’t go into detail around the valuation of the prohibition, SARS has seen a 51% decrease in excise collections in the current financial year, the equivalent of some R18 billion.

Of this, cigarette and alcohol sales make up a significant portion, he said.

The bigger problem, Kieswetter said, were the implications further down the line. If sales come to a complete stop over a longer period, the industry will face more job losses and the closure of smaller businesses and farms.