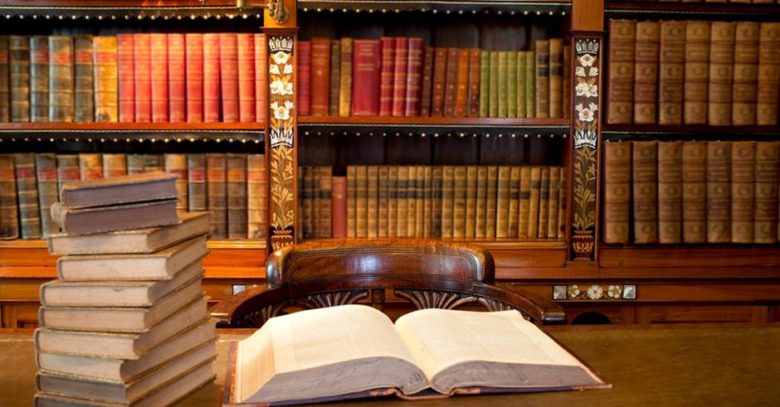 Government has proposed tough new legislation in an effort to tackle the problem of alcohol abuse and its associated social ills in South Africa. But is it using a sledgehammer to crack a nut? Will it penalise responsible drinkers while not materially reducing misuse?

The letter of the law

Review of the national minimum legal drinking age from 18 to 21 years:

There are a number of significant crack-downs in the bill, but probably the most controversial is the proposal to raise the legal drinking age from 18 to 21. This could have serious implications for university students who take on restaurant and bar work to help pay their fees, if they are not allowed to handle alcohol at all. Is it reasonable to withdraw a privilege from individuals who already enjoy it, especially if they are legally old enough to vote and to marry? When the US introduced a national drinking age of 21 in 1984 (it was previously the prerogative of the states to determine drinking age, which varied widely across all 50), the transition was gradual (and fairer), i.e. ‘those born after a certain date could not be served’, so that those who had already reached the age of 18 did not have a legal right withdrawn. If this amendment goes through, South Africa would join a very exclusive club: only four developed countries in the world have a nationwide drinking age of over 18 – USA (21), South Korea (19), Iceland (20) and Japan (20).

New premises wishing to secure a liquor licence must be located at least 500 metres away from schools, places of worship, recreation facilities, rehabilitation or retreat centres, residential areas and public institutions. Existing licence-holders already within a 500m radius of these venues will see stricter conditions for sales imposed on them.

Liquor licences will no longer be issued to petrol stations:

This includes premises attached to petrol service stations or premises near public transport. The rationale behind this is valid, when one looks at our road traffic accident (RTA) record and the proportion of accidents involving alcohol. But will ‘public transport’ include airports? ACSA revenue would be hard hit if so. Foreigners travelling to and from South Africa on business are likely to be unimpressed with the inability to have a responsible drink in the lounge before a flight. And what about sales of duty-free alcohol, where the liquor will only be consumed once it has left the country?

Restrictions on advertising and marketing of liquor products:

Television channels will only be allowed to advertise alcohol at night, from 22:00-06:00, after the 10pm ‘watershed’ when it is assumed children are in bed. Content designed to appeal to youth in alcohol advertising will be prohibited. This will include the use of sport stars, models, etc. Branding of delivery trucks carrying alcohol and premises will be banned.

B-BBEE Codes of Good Practice as they relate to licensing conditions will be more strictly enforced and monitored. Noncompliance will result in the suspension or revocation of the licence.

The administrative burden and cost of liquor licence applications will be shifted from the Liquor Authority, municipalities and the police to applicants. Therefore, whereas under current policy the public participation process is conducted by these entities, in future the applicant will carry the responsibility for contacting the municipality, neighbours, community-based organisations etc., and for the cost of advertisements in the newspapers.

Police clearance certificates will be required for shareholders and directors of applicants. This provision will be invisible to the public at large but may have serious financial consequences for potential licensees.

And that’s not all…

These are the major provisions of the Act, but this is by no means an exhaustive list. Other proposed changes include:

The spirit of the law

Some of these amendments may find widespread favour; few people will dispute the importance of enforcing the B-BEEE codes more stringently across all sectors. Ensuring a trained, responsible owner or manager is on site at a licensed premise at all times is uncontroversial. Other aspects of the Act appear more draconian and have given rise to considerable unrest within the industry. So let’s look at the intention behind these changes.

South Africa has a checkered relationship with alcohol. Our wine producers are becoming important players in the global wine industry, and we are starting to produce some excellent craft beers and artisan gins for a discerning customer base. Yet alcohol is also the most widely abused substance in South Africa and the most harmful drug at a population level. It is the third most signficant contributor to death and disability after sexually transmitted infections (including HIV) and interpersonal violence, both of which in turn are influenced by alcohol consumption. In 2007, 46% of cases of mortality due to non-natural causes had blood alcohol levels greater than or equal to 0.05g/100ml, the legal limit for driving.

Roughly a quarter to a third of all hospital admissions can be directly or indirectly attributed to alcohol. Conditions associated with alcohol abuse include cirrhosis of the liver; cancers of the tongue, mouth, throat, larynx, oesophagus and liver; central nervous system impairments; nutritional disorders; cardiovascular abnormalities; depression and increased susceptibility to diseases such as pneumonia. Maternal alcohol consumption can cause miscarriage, low birth weight or foetal alcohol syndrome (FAS), the last of which is particularly problematic in the Western Cape. According to the Foundation for Alcohol-Related Research (FARR), incidence of FAS varies widely across the country and certain communities experience exceptionally high rates, so it is not meaningful to give a national prevalence rate for South Africa. However, it has been estimated that more than two million South Africans are affected by FAS and a further five million may have the lesser characteristics of foetal alcohol spectrum disorder (FASD).

Concerns about increased alcohol consumption amongst youth feature prominently in the Act, with the proposed national drinking age of 21. Abuse of alcohol at a young age increases the risk of chronic addiction as an adult and other alcohol-related problems in later life. Research suggests that exposing the adolescent brain to alcohol may impair neurological development, leading to irresponsible decision-making, memory lapses, or slowed response time (potentially lethal when combined with driving a car). So the Act attempts to delay as much as possible the initiation of liquor consumption by youth. Whether it will succeed is a different matter. Young people already drink before the current legal age of 18. As important in curbing abuse is the availability of other forms of recreation and a sense of purpose and ambition amongst youth, as alcohol and other substance abuse often accompanies a sense of hopelessness and aimlessness.

However, studies on the effects of the legal age of purchase have generally found that when alcohol is less available, less convenient to purchase, or less accessible, consumption and related problems are lower.

Make new laws or make the old ones work?

There is no doubt that the Act has been developed with the best of intentions. Something must be done to curb the scourge of alcohol abuse that is ravaging our country while maintaining a safe environment for the majority of citizens who buy, sell and enjoy alcohol responsibly.

Research reveals mixed findings on the effectiveness of some of the proposed interventions, such as advertisement regulations. However, as indicated above, policies that directly target the availability of alcohol supply and a raised drinking age limit have been proven to be effective at a limited cost to the state. It is also generally agreed that on-premise interventions (that penalise servers) are inadequate unless coupled with interventions that go beyond off-site consumers.

So…the question is: are the potential benefits of the restrictions justifiable in light of their negative commercial impact? Inevitably commerce, tourism and agriculture are industries that will be affected and responsible drinkers will face certain curtailments that were never aimed at them in the first place.

Initial feedback suggests that many lower income communities welcome the restrictions and the increased age limit for purchasing alcohol, as residents of these communities know only too well the impact alcohol is having on the youth and on their neighbourhoods in general.

Our final concern, as always with legislative amendments, is that an amendment act often completely fails to address issues with the current legislation in force, i.e. non-compliance with existing laws. There are roughly 150 000 shebeens in the country, with one fifth of them in Gauteng; it is estimated that two out of three shebeens in that province are illegal. Before we introduce tougher new legislation, we need to be sure we can enforce it.

If you are a licence-holder and are concerned about the impact of the Act on your business, contact Simon on 087 550 2740 or email sdippenaar@sdlaw.co.za.

« Western Cape liquor regulations update – Game changer?
Have you got the right licences for your new restaurant? »